The Effect of Student Loan Debt on Homeownership

Writers and politicians are very concerned about increasing costs of college and student loans on the average young person. The amount of outstanding student debt in the US is now $1.25 trillion, and debt is a prerequisite in getting a degree and joining the labor force. This has coincided with a decline in homeownership in the US to a period we aven’t seen in the 60s, with similar low rates for young buyers. As home prices are higher in California, expenses that hurt young people’s ability to save translate into more drastic effects on Millennial homeownership in California.

A recent C.A.R. poll showed that almost 60% of California Millennials said that they were very concerned about their overall debt; further student loans were rated as the most worrisome type of debt. In the U.S. as a whole, student loans have replaced credit cards as the second most amount of debt held (behind mortgage debt).

There is ample evidence that student loans hinder the ability to accumulate wealth and thus delays homeownership. But over the long term this evens out. People who have successfully completed college degrees have higher earnings over their lifetimes than those without. While non-degree seekers own more homes than degree seekers in their early 20s, by the time they turn 27, that reverses. By the age of 30, people who graduated with student debt have the same homeownership rates as people who graduated debt free. 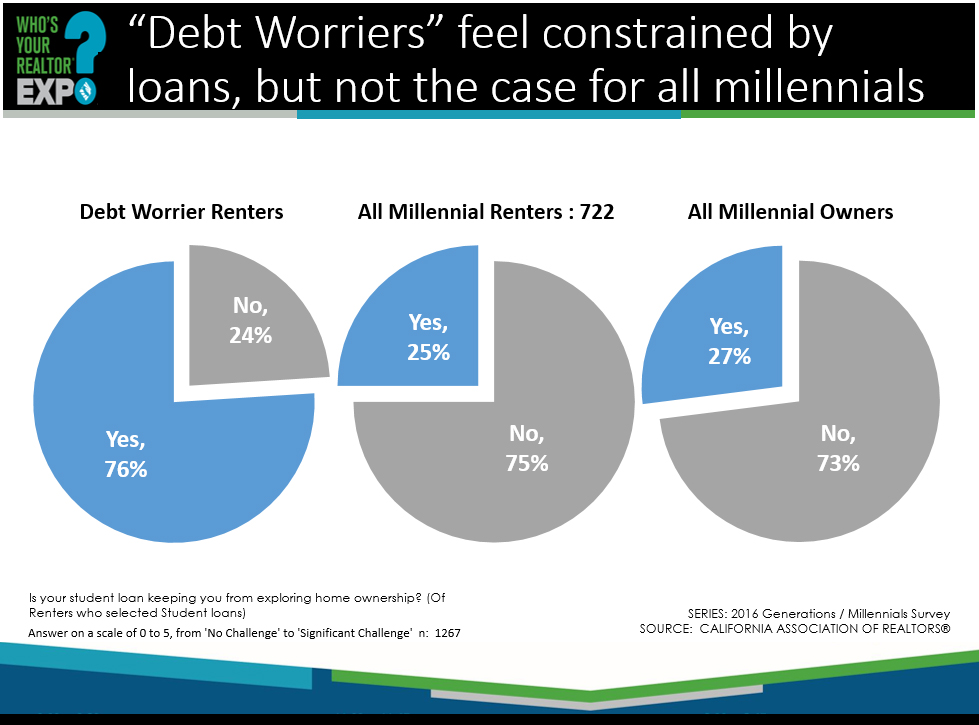 Got Questions? We Have Answers!

We are always happy to help answer your questions, so don't be shy. Ask away.